6"×12" oil on linen canvas (sold)
I couldn't resist painting this scene from a photo my son-in-law, Clint, sent to me last month. This was a view along side one of Southern Iowa's country roads.  There really was all this color early that morning.

I tried something new with this work......instead of using mineral spirits alone to thin my oils when blocking in the subject, I used a mix of equal amounts mineral spirits,  fine linseed oil, & varnish.  I plan to use more of this as my medium in future studio work.  I'm anxious to try it painting outdoors as well.

Posted by Gin Lammert Pastel Oil at 5:30 AM No comments: 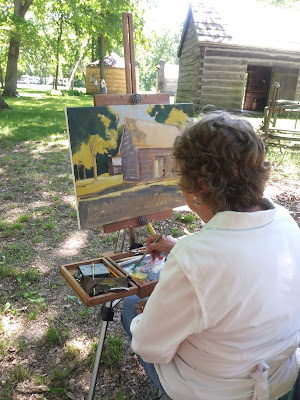 I'm inviting artists/patrons to come join us May 22nd, 23rd, and 24th to participate for cash awards/purchase awards or to watch artists work on location through out the county.

On Friday, May 22nd, we'll be in Bonaparte, IA to paint all day.  A "Quick Paint" will happen in this community from 3-5pm.
Saturday, the 23rd, and Sunday morning, the 24th - artists are free to pick a location in the county to focus working at.  Noon on Sunday.....Registered artists are allowed up to 3 finished/framed paintings in our cash awards ceremony.  All other work created during this event may be for sale in our pop up gallery at Hotel Manning, Keosauqua, IA.

For detailed information about the plein air event and registration form, please contact me ginlammert@yahoo.com .  I can either email you back with a PDF file or with your mailing address, send you a copy of this year's event.

To check out more about Van Buren County, go to Villages of Van Buren

Posted by Gin Lammert Pastel Oil at 2:48 PM No comments: 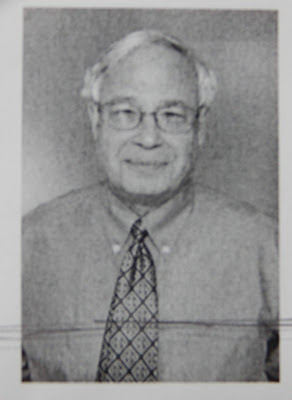 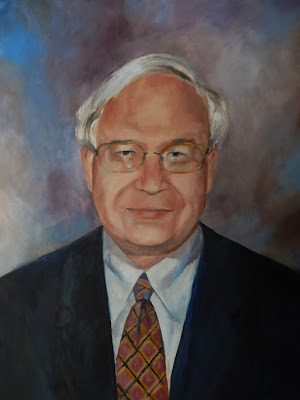 I was asked to paint 5 portraits representing past and present Circuit District Judges of Clark County in Missouri.    This is the last of the 5 oil paintings created.  Posted here is the reference photo with the finished oil.  I was asked to add a jacket so it would match the other 4 works.

Posted by Gin Lammert Pastel Oil at 11:41 AM No comments: 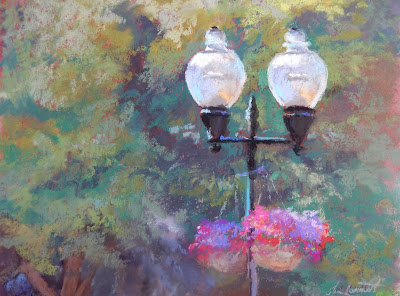 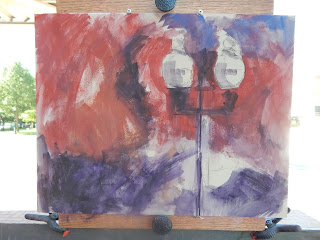 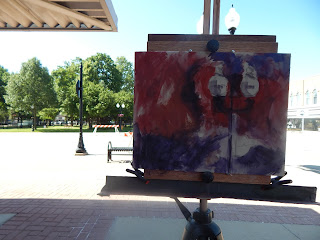 Showing the area I focused on during morning light.

This pastel won 1st place at the "Paint Washington" plein air competition held this past weekend.  The event was sponsored by Art Domestique gallery in Washington, Iowa.

Artists painted all around the community.  Some of us challenged ourselves with painting during the evening Friday night, followed by finding that spark around town all day Saturday & Sunday morning.  Artwork was turned in at the gallery for judging by noon Sunday.  Then, we participated in a 2 hour "quick paint" located in the park in the middle of the business district.

The competition was tough and I'm truly filled with gratitude in winning this award.

Posted by Gin Lammert Pastel Oil at 10:49 AM No comments:

Something to think about...... 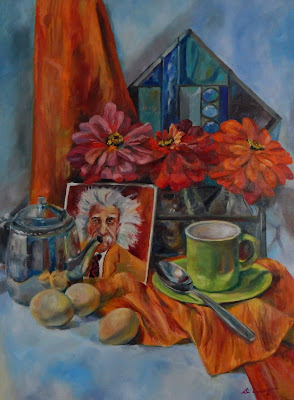 Again, I apologize that this photo of finished painting is a bit darker then what the original is.  Here's my thoughts when I placed these objects together.  Starting at bottom left & moving clockwise around the work.

1. Eggs represent ideas - thoughts yet to be manifested as visual representation; musical interpretation; mathmatic equation,; IMAGINATION
2. Tea pot - heated water to help with growth of ideas.
3. Portrait of Einstein - Genious at work ( this tile painting was a gift to me by a close friend & talented artist that created it, Deb Baughman)
4. Flowers - represent ideas brought to life / manifested.
5.  Glasswork behind flowers - Transformation!  Glass is a product made of a solid, transformed into a liquid by using extreme heat, then cooled to create what we know as glass.  It's pure Alchemy.  This piece is also placed so a corner is pointing up....a symbol of heaven/ enlightenment....we could go on & on here.
6. Espresso cup & spoon - well, simply stated as ENERGY created by pure caffeine to stimulate the brain & firing of neutrons in the body.  And, no, I'm not addicted to coffee, but I do drink a Mt Dew now and then.  I like caffeine :D

Posted by Gin Lammert Pastel Oil at 12:01 PM No comments:

"Blue on Blue" (with a kiss of Orange) 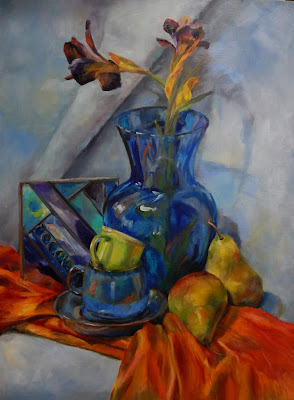 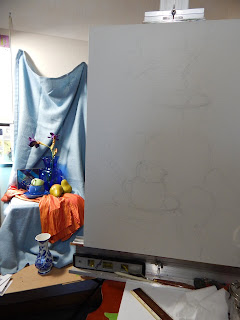 Here's the set up

During this winter, I've been embracing the magic of the Still Life.  Working on something like what you see here is helping me connect the dots between drawing and painting.

"Blue on Blue" is the third in a series of works I've started and I just realized, I'm subconsciously working with "SYMBOLS".

I was introduced to the importance of symbolism when I worked in the Stained Glass industry as a glass painter / designer.   Our primary work load was restoration of church windows.... where I became very good with replicating Munich style windows that were popular during the 1800's in American churches.

Man's need for visual communication dates back to the caveman and when glass was introduced to openings in cathedrals, storytelling continued with the stained glass created for this space.  Hidden inside a lot of church windows were designs of fertility, pagan symbols, and the more obvious of Christian symbols for the Trinity.  This included the colors chosen to represent higher conciseness.

One example in my painting here is the
"Pear".
in Chinese culture - symbolizes immortality/longevity of life.
Christianity - the pear represents the Virgin and Child.
Korea - Grace and Nobility/ the Pear tree represents comfort.
Koren Legend - the pear gives fertility which is interpreted as creativity
to  women.
In other folklore - represents affection/ bond of two people in love / justice / strength/ fruitfulness/ and salvation.

What I've noticed is there are a lot of like minded artists in the universe.  We seem to gravitate to the shape of the pear and will incorporate it in our paintings in many different ways.

One more share here....I took the above finished work photo indoors. (and still have no way of adjusting color, etc. on my computer...it seems dark to me)   Below is a photo taken with the canvas outdoors.  Man-o-Man....the Blue really dominates.  Geez! 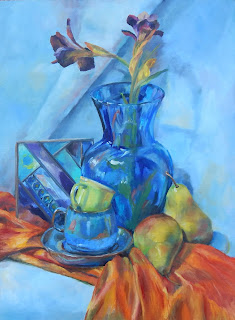 Posted by Gin Lammert Pastel Oil at 1:24 PM No comments:

The Art of Living

The Art of Living

This short film speaks volumes to me.  To add to its message.....year's ago my oldest brother gifted me with a bumper sticker that reads, "Art Creates Community". I treasure this simple, straightforward message and view it everyday in my studio.  I invite you to watch this short clip about 3 artists that reside in small Heartland communities.  Enjoy!
Posted by Gin Lammert Pastel Oil at 9:16 AM No comments: